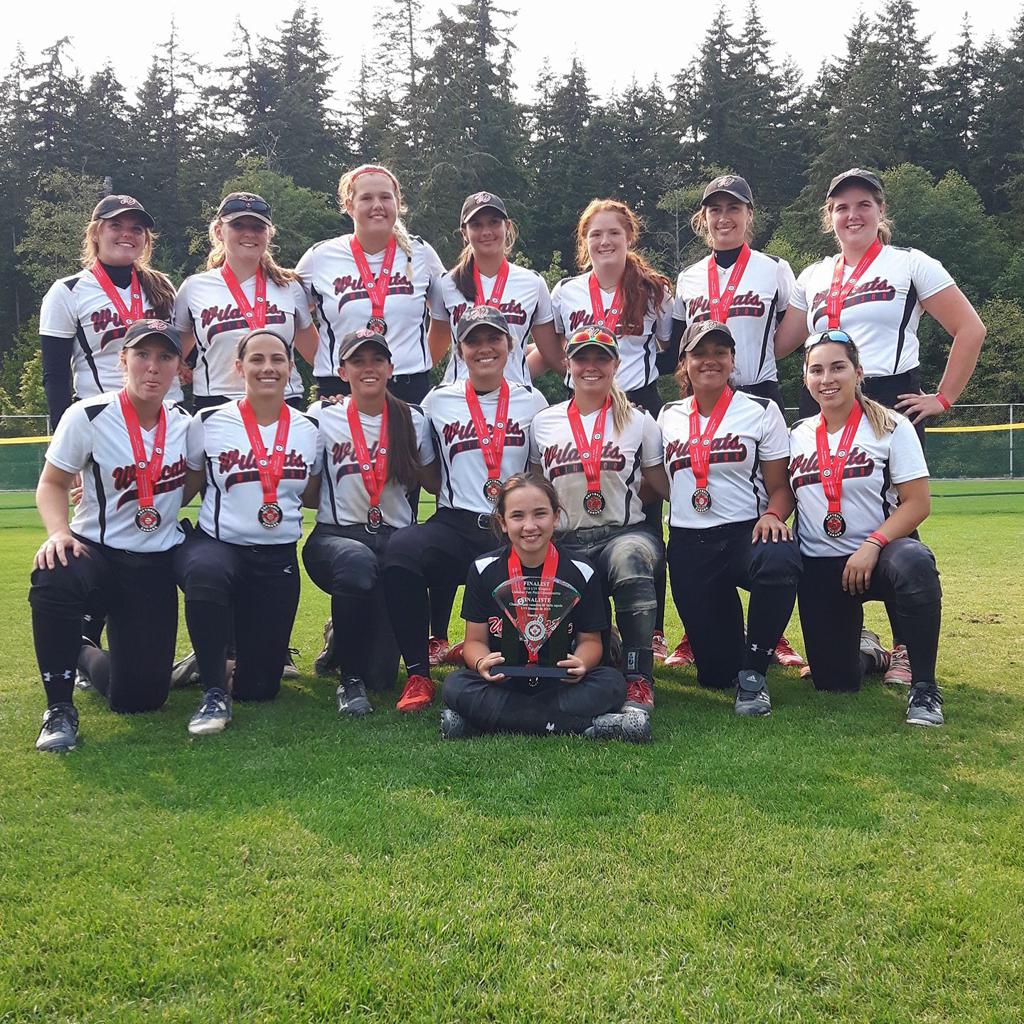 The U19 Midget Wildcat team started the tournament facing the toughest pool with 5 strong teams. After an early loss to Brampton on Day 1 they had no choice but to win all remaining games to advance. They took on Manitoba 1 (Smittys), the defending champs, The White Rock Renegades 99, as well as another tough B.C. team, The Surrey Storm. The Wildcats ended up finishing 1st in their pool giving them 2 lives in the playoff round.

In the playoff round the U19 team crossed over to face an undefeated Oakville Angels team and ended up giving Oakville their first loss of the tournament. The Wildcats lost the undefeated game on Saturday night so they had to face the Delta Heat to advance to the gold medal game. Lauryn Debono pitched against Delta Heat with Lauryn Schram behind the plate. The Wildcats ended up defeating the Heat 6-3.

In the gold medal game the U19 Midget team went up against the Waterloo Ghosts. The Wildcats were up 5-3 at the top of the 7th but unfortunately Waterloo came back and tied it in the bottom half of the inning. Waterloo ended up winning the gold medal game with a final score of 6-5. Amy Claydon pitched the final game against Waterloo and pitched well enough to win, however defensive errors ended up costing the Wildcats in the end.

Two members of the U19 Midget team were also awarded with individual awards for the tournament. Bryanna Kressler was awarded MVP and Keira Morrow was awarded All Star Catcher.

Congratulations to the whole U19 Midget Wildcat team, we are all very proud of you!